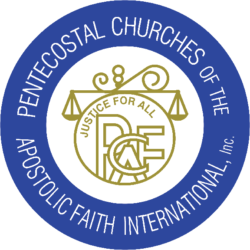 Current Status
Not Enrolled
Get Started
Take this Course

Course Description:
“From the beginning of the modern Pentecostal movement, the Book of Acts has played an outsized role. It was to Acts the pioneers turned when they were keen to find out what the earliest Christians believed and how they lived out their faith. Originally known as the Apostolic Faith movement, the movement’s first leaders were intent on restoring the church to its original roots. Convinced that Christianity had lost its way, they looked to the Book of Acts for the original pattern for the church and were determined to follow its path. Today’s Oneness Pentecostals (or as they are often known—Apostolics) continue on this same path.

A synergistic relationship grew between the earliest Pentecostals’ reading of Acts and their spiritual experiences. Each built on the other. They began by reading Acts and soon discovered key elements of the first church were missing from the contemporary church. They then sought the missing experience, which in turn opened them up to a better understanding of Acts.” (from the Author’s Preface for The Handbook on the Book of Acts).

Text Book Description: Handbook on the Book of Acts by Robin Johnston

In this handbook, the author “thoroughly examines how we should read and study Acts so as to comprehend and fulfill the purposes for which God has given it to the church. Employing concepts in contemporary scholarship, the author has written in a way that is understandable to all students of the Bible. This handbook is an excellent introduction to the significance, meaning, and content of an important portion of the Word of God.” (from the foreword by David K. Bernard).

You are inactive and/or not enrolled in this course